And so it begins.

Documentaries. Books. Articles. A wave of retrospective dissection of Hillary’s failures and Donald’s masterstrokes. It’s the way many of us cope, by basking in the wisdom of hindsight.

However, putting personal grief and abject horror aside, viewed purely from the narrow perspective of a branding agency there is one thing we need to talk about and learn from.

Hillary’s campaign had the country's best political minds behind it. Obama veterans, pollsters, digital gurus, messaging strategists, not to mention creatives and designers nestled in the heart of bohemian Brooklyn, all flush with cash.

And it looked great. The graphic styling and identity was widely applauded. The ads were slick. The online contact strategy was incessant. But there was one thing it lacked: a single powerful brand idea.

‘Stronger Together' (that’s what it was, by the way) was solid. It’s positive, it’s unifying, it’s punchy and it ends with ‘her’ which is a nice touch. But let’s be honest, it’s no Hope/Yes We Can. Critically though, it didn’t answer any of the doubts hanging over her candidacy.

As Simon Sinek famously said “people don’t buy what you do, they buy why you do it”. Hillary’s ‘big idea’, on every podium, on every t-shirt, didn’t really say why she was running. For a candidate fighting perceptions of being the status-quo, untrustworthiness and even self-entitlement, this is deadly.

Donald’s on the other hand was iconic. If asked, there would hardly be a single voter in the US who wouldn’t have named 'Make America Great Again' if asked what his campaign theme was. He had purpose, and he had it from the start. 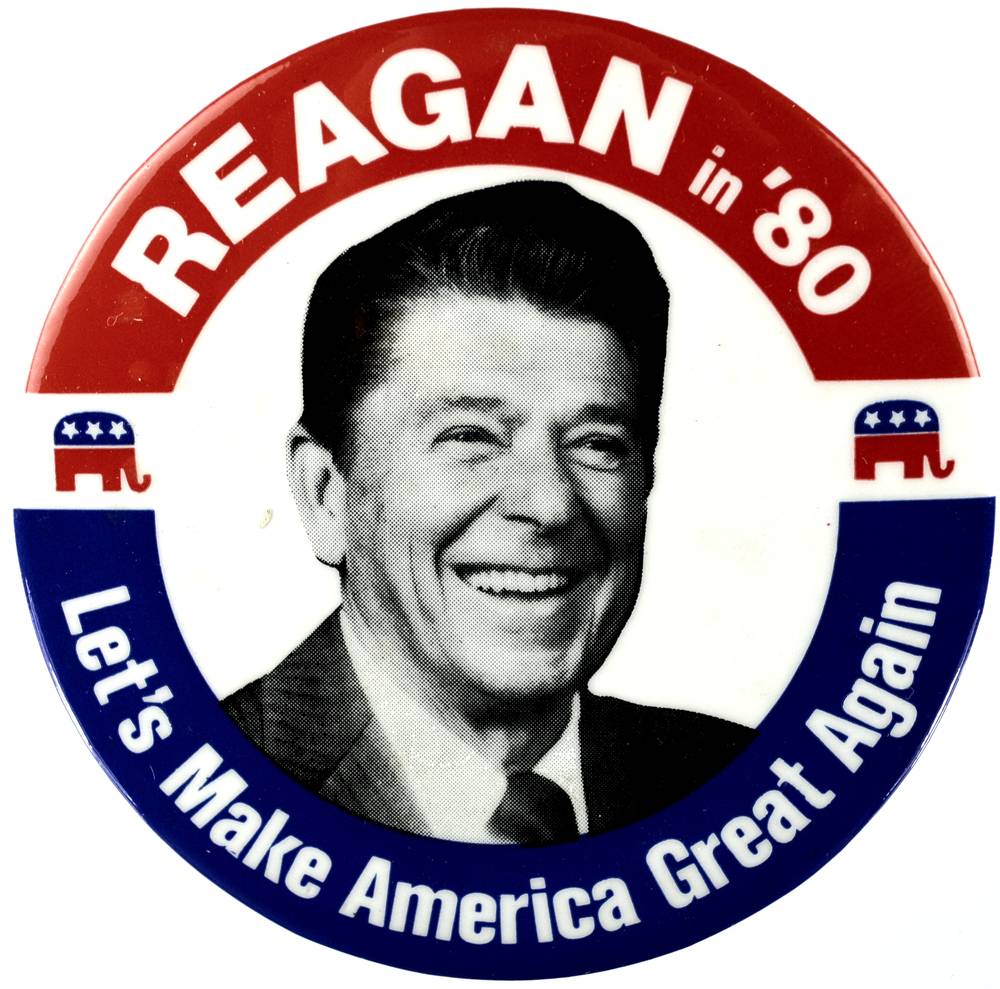 It's patriotic, hopeful and critical of the status quo all at the same time. You could argue it's even better than Obama's 'Change/Hope' from 08. It’s also intentionally plagiarised from Regan’s shock 1980 landslide theme: 'Let's make America great again'.

The point? These core and consistent 'big ideas’ matter. Simple, powerful and universal, they penetrate deep into the mind - far more than a policy, or even a scandal. For the disconnected, disinterested, rural swing voter of Wisconsin or Pennsylvania, they’re the one thing they’ll pick up on and take with them into the polling booth.

And that is (partly) why Brand Trump beat Brand Hillary. Because branding is not about design, it’s about ideas. Condensing down a personality and a purpose into a single thought.

At Good we call it a Simple Truth. A single North Star for your organisation. And as important as great advertising, a killer digital strategy and slick PR may be, if you want to see the real impact of a powerful brand position then look no further than President Elect Donald Trump.

How to Create a Brand

The purpose of our brand consultancy work is to build the perceived value of a business so that you can increase the margin of a product or increase market share — ideally both. But to start to create that perceived value, you must understand your brand.

I think that content v branding is like David v Goliath. Branding gets all the headline billing and razzmatazz, but content is ruthlessly efficient in getting the job done.

Why Are All Whisky Brands The Same?

In our time as a brand firm, we’ve done our fair share of work in the whisky sector. And the one thing that has been consistent across it has been that all the brands seem to be saying more or less the same thing.

A Good Internship – A Covid Perspective

The challenges of virtually preparing the teas and coffees.