We were involved in the creation of The Orkney Brewery visitor centre, which has since become a five-star visitor attraction. And recently we’ve designed the packaging for their newest premium offering, Dark Island Reserve 330ml.

Dark Island Reserve is a craft, connoisseur beer, made by aging Dark Island Ale in whisky casks, and is derivative of the original 75cl Dark Island Reserve product we designed a couple of years ago. It has been so well received we were commissioned to create a smaller offering that would better suit the American and Asian markets, where craft beer has rapidly grown in popularity. 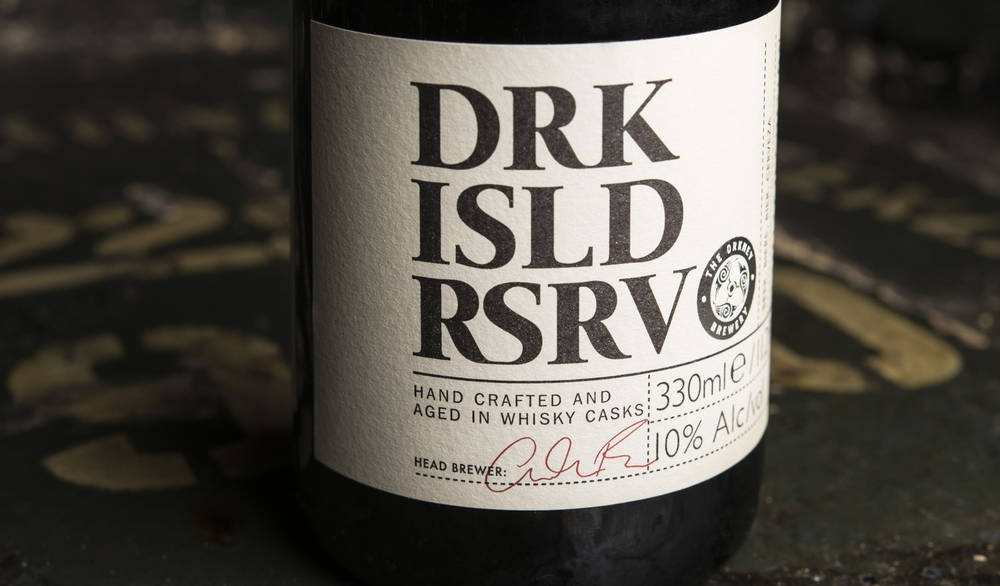 Instead of simply ‘shrinking’ the original 75cl design a new look was created and keeping aspects such as typeface, stamp and bottle top ensured a consistency between the two products. A gift set has also been created that will include two bottles and an Orkney Brewery branded glass.

With Dark Island Reserve going from strength to strength, not only in its native Scotland but Japan and America as well, make sure to look out for bottles in retailers near you.

The world of brand is filled with buzzwords designed to make us sound clever. Both agencies and clients are guilty of using them – seemingly relishing the art of making simple things complicated. We call it Brand Bollocks, and the industry is full of it.

I’ve been thinking a wee bit about what happens to brand in this digital world, and one of my conclusions is that it’s being overpowered, and we’re now “branding by algorithm”.

One industry I think is particularly behind the curve in the brand space is recruitment. They misunderstand the value of ‘brand’ and the disproportionately important role it plays in customer interaction which happens primarily in the digital sphere.

Performance marketing is one of those coolio terms gaining growing momentum over the past five years. It sounds cooler than "digital marketing"; after all, who doesn't love themselves a wee bit of performance?